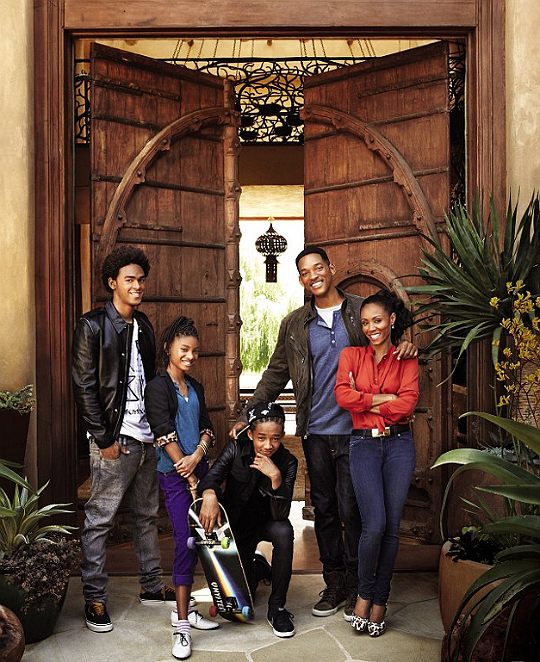 Building a majestic $250 million net worth over the last 3 decades, Will Smith and his family (wife Jada Pinkett- Smith, daughter Willow and son Jaden) reside in a 25,000 square foot adobe-style mansion. The mansion is located on 150 acres in Calabasas, Los Angeles. The $42 million mansion stands alone hidden away far from the action of Hollywood to get some personal space, but close enough to the action for work and play. The house is so remote that it even has its own zip code and features more like a private resort rather than a residence. 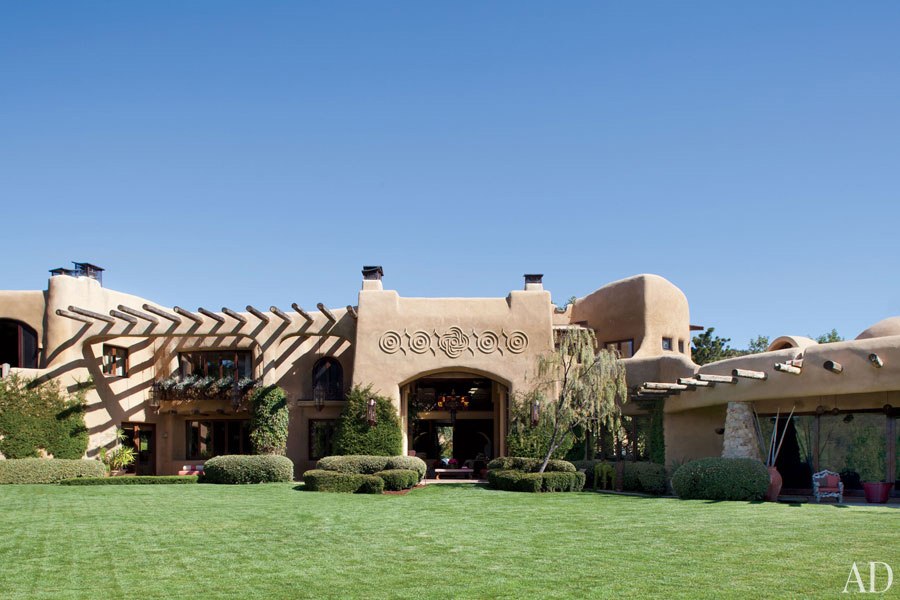 Will Smith’s house was designed by Stephen Samuelson with architect Harry Perez-Daple. The construction of the house was started in early 2003 and wasn’t completed until the end of 2010. It took 7 years to finish constructing Will Smith’s house which is completely custom designed for the Smith clan. The house features 9 rooms, a meditation lounge, a pool room, Moroccan-themed home theater, and even a recording studio. It’s the same studio where Smith’s daughter Willow recorded her single album “Whip My Hair” in 2010. The interior design of the house is inspired by nature and African culture which are evident in the knotty details like paintings, furniture, roofs, etc. Will Smith told;

“The 9 bedroom residence includes a meditation room as well as a circular floor plan which creates an infinite-cycle that represented what Jada and I hopes for our love.”

His resort-like house was featured in 2011 issue of Architectural Digest. Let’s check out at his custom-designed house.

Will Smith House: Front Door That Takes Visitors Inside

Entering the mansion, one passes through amazingly carved front door restored from Northern India and a lavish cowhide rug that graces the entryway. It has a wrought iron staircase in the entrance hall hand-carved to resemble trees with interwoven and stretching branches that continues along the upper balcony. The entrance also features a full mirror and plotted plants that hints earthy look.

The Smith’s living room provides plenty of spaces to relax with custom made lounge sofas, Brazilian rosewood chairs, and leather wingback chairs positioned around a beige silk area rug. In addition, there’s even an oversized sofa with lots of throw pillows. It’s a treat to sit in Smith’s living room and watch the majestic view.

Smith’s Dining Hall No Less Than A Hotel

Smith’s kitchen and the dining hall offers a breathtaking view of the lake and gazebo. The house has two dining halls. One hall is a bit more formal than the other. For formal occasions, they dine at the oversized handcrafted table with walnut dining chairs placed over a beautiful wool and silk rug. Candelabras grace the walls and a glimmering chandelier hangs overhead makes the hall more glamorous. 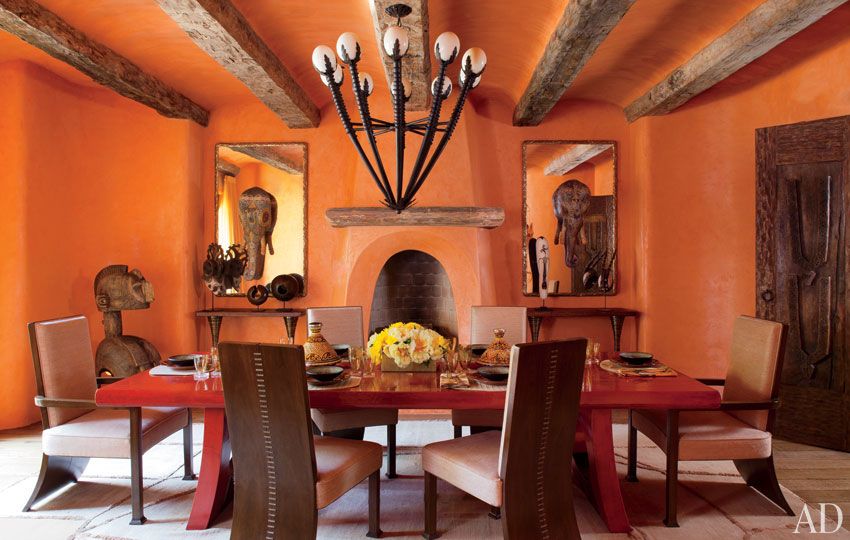 Maintaining the spark in the relationship over two decades is something commendable. Will and his better half Jada’s master bedroom is everything a star couple needs. The room features custom made furniture and a one-of-a kind canopy bed made from small brass balls strung into long strings that drape over the top. The design is implemented throughout the room from the lounge chairs, novelty drum stool to the hand-knotted silk rug on the floor. The master bedroom also features a master bathroom that has an eye-opening shower made fully of pebbles including a door that opens to a private balcony where the couple spends their cozy time together having a sip of coffee. 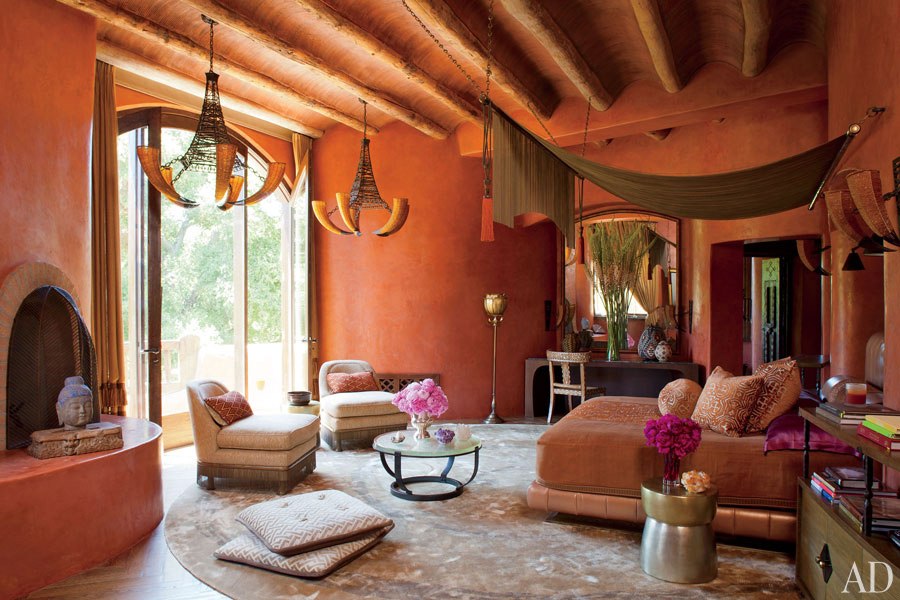 Dreamy Kids’ Room in the Mansion

Having rooms like Willow and Jaden’s is every kids’ dream. Will’s son Jaden relaxes in a rustic-inspired room that even has the same chair he used in his debut movie The Pursuit of Happiness in 2006 alongside his dad. Willow’s room is the representation of a princess suite with a canopy of silk hanging from the roof,  a big walk-in closet and a circular bath that shares with her brother Willow.

Outdoor Area of the Mansion

The outdoor part of the property is as astonishing as the inside area. Outside, the property has a basketball court, volleyball court, tennis court, a built-in trampoline, and an outdoor pool. There is also a large garage with space to fit in 8 cars. 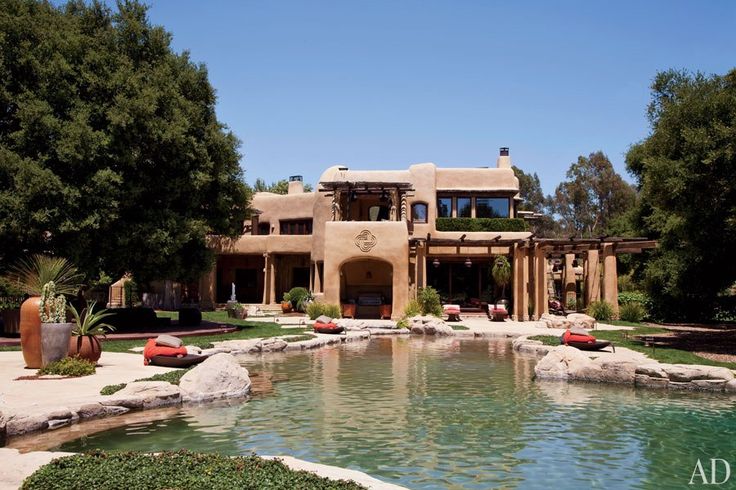 When it comes to entertainment, Will Smith’s house certainly does not disappoint anyone with a pool room featuring a custom designed pool table as well as a meditation room that allows one for late night stargazing and relaxing under the sky full of stars.

We can’t ignore its very own lake with a small gazebo in the middle while describing the Calabasas house of Will. He mentions the lake gazebo as his favorite spot of the entire house.

As well as being a home for the Smith family, the property also serves as the shooting location for Jada’s Facebook Watch show Red Table Talk.

The Southern California fire that destroyed much property and took the life of few was just eight miles away from Will Smith’s house. On November 9, 2018, he took his Instagram story to share his fans about how close his mansion is to the fires. He stated that his family hasn’t been told to evacuate from the area but his daughter William is nervous as hell as the fire is so close to their villa.

In the Instagram story filming the environment, he updated about the condition as;

‘So I am going up higher place to take a look out at the fire. We are about 8 miles from it, we haven’t been told to evacuate just yet. My nervous daughter Willow Smith made me go outside and look and make a daddy assessment.’

Then he moved the direction of his camera towards his home and added;

‘That’s very scary. We are prepared to evacuate as soon as we get the word. If you are in the evacuation zone, go now.”

Many Hollywood stars like Kim Kardashian West and Caitlyn Jenner evacuated their properties due to the fire. However, Will Smith’s mansion was safe untouched by the fire.

1 thought on “Will Smith House : Everthing About The Star’s House”